AWAL Review: Is This Free Distributor Any Good?

Gone are the days of slogging away in obscurity in the slim hope that your toil may one day get you noticed by a record label executive. The Internet has opened many doors that were previously closed to the vast majority of aspiring creatives, and music distribution is no different.

Here we are going to take an in-depth look at one of the services helping this musical revolution happen; AWAL.

->> Check Out the ULTIMATE Music Distribution Guide (Reviews & Chart)
Table of Contents show
What is AWAL?
AWAL’s Key Features
There’s an App for That
Broad Reach
AWAL+
What to Expect from AWAL
How to Upload Music Using AWAL
Prices and Plans
Pros of AWAL
Cons of AWAL
Who is AWAL For?

Instead, new acts are accepted on a submission basis if AWAL is sufficiently impressed with their work, AWAL will look at tracks, artwork, even social media when determining if an act is right for their platform.

This has the double-edged sword effect of both reducing the chances of being accepted onto their platform, but also being a vote of confidence if an act is accepted. If AWAL welcomes a new band onto their platform, it means they think that the band has the potential to be very successful.

They make their money through commission on your sales, which means they not only believe in the acts they accept, they are invested in those acts being a success.

There is an argument to be made that this commission-based model means an implicit bias to commercial musicians, of course. And that is perhaps something any band or artist thinking of applying to AWAL should take into account. Front and centre to what AWAL offers-and a large part of what has made this new wave of independent artists possible-is the fact that artists retain all of the rights to, and creative control over, their work. If a band’s music passes the AWAL review process and gets accepted, their music still belongs to them.

This is nicely coupled with the fact the artist will take home a significantly larger share of any profits made from sales of their music over more traditional recording deals. The music industry is littered with stories of acts that had major chart success but barely made a penny while their label raked in the cash.

That won’t happen with AWAL.

There’s an App for That

A fully functional and intuitive app is, surprisingly, something of a rarity in the music distribution space. AWAL is an exception to that rule, however, with an attractive app that is as easy to navigate as it is chocked full of useful tools and data.

Most of the analytical data for your projects us available through the app, adding a degree of convenience that many other music distribution platforms fail to achieve. And, of course, you can check your earnings directly from the app.

For all artists from the Core tier and up, AWAL offer distribution to over 200 territories from which the artist will keep 85% of any profits made. The artist will also have the option to leave at any point (with 30 days notice). There is also a wealth of analytical data available, such as skip rates, and playlist history, as well as much more.

Tools that can be used to improve an act’s marketability by seeing who is listening to your music, and even how and where they are listening. Knowing what regions your music is most popular in can be particularly useful for planning gigs and even tours.

Beyond AWAL’s Core tier, there is AWAL+. New artists can join at this tier if deemed eligible or can be bumped up from the Core tier. This tier is for artists that are on the cusp of taking things to the next level.

Things that AWAL class as indicators that an artist has reached this stage include the use of their music in popular shows, very healthy stream and sales numbers on new releases, and opening for a larger artist on national or worldwide tours.

Artists who reach this level can look forward to having their own dedicated AWAL representative, potential project funding, and a push by AWAL to get your music into places such as popular playlists, commercials, movies, and more.

What to Expect from AWAL Given the emphasis on quality, and the willingness of AWAL to put their own reputation on the line for those who they deem worthy, a new artist can expect AWAL to do everything they can to help them succeed. Their revenue is purely from the commission on sales of their artist’s music, so it is in AWAL’s best interests to do everything in their power to help those artists succeed.

As an artist progresses through the different tiers, they can expect a more hands-on approach from AWAL. Their system is set up so that an artist must prove that they are willing to put in the work to succeed. Once AWAL is satisfied that an act has both the talent and the drive to make it, they will step in and offer more help.

Similarly, an artist who achieves a particular level of success and is content should probably not expect any big pushes from AWAL.

How to Upload Music Using AWAL

The first step to uploading music via AWAL is to get accepted onto the platform. To apply to AWAL you need to head to their website and fill out the application under the “Submit Your Music” section. AWAL stresses that you should fully understand how the platform works before submitting your music.

If you survive the AWAL review of your music, you will be sent login details with which you can access the AWAL Portal, which contains the uploader to distribute your music to the world. As mentioned, there are no upfront fees or membership costs to use AWAL. Artists who are accepted to the platform are automatically given the deal of 85% of their revenue in exchange for the distribution of their music. Once an artist starts to grow and achieve more success, they begin to progress through the tiers.

Things get a little less clear cut from this point. For example, if AWAL believes a particular artist has potential and offers to fund their next project, this could result in the tweaking of the revenue share so that AWAL can recoup that money.

For those artists that reach the Recording tier, the deal offered will be bespoke and entirely tailored to that artist. So, while there are no hard and fast numbers that can be shown for each tier, we can list the three distinct tiers themselves; It has to be said that the biggest pro when it comes to distributing your music through AWAL is the implicit belief in the music. AWAL have planted their flag and declared that their name means quality.

Any artist who is accepted to this distribution platform receives both the validation that their music has appeal beyond themselves and prestige of being on a platform that prides itself on only distributing good music.

The wealth of support that comes with this validation is not to be taken lightly either. If an artist can show AWAL that they have the drive, talent, and will to succeed in the music industry, AWAL will reward them with all the tools at their disposal, from grassroots level independent artists, right up to stadium touring megastars.

It’s certainly worth remembering that, unless an act specifically signs a deal with or through AWAL, they are not bound to them in any way. If they wish to leave, they can simply give AWAL 30 days notice and then take their music and go. And if they choose to stay, AWAL will do all they can to help that act succeed. The list of cons for AWAL will not be nearly as long as the list of pros, but it is not empty. The most obvious one is that the platform is exclusive, which, depending on whether or not a band is accepted, could also be classed as a good or a bad thing.

But the fact is that all the great tools and services AWAL provide are only a plus to artists who are accepted onto the platform, and that is a small number of the people who apply.

Another potential issue is the fact that AWALs own success is so closely tied to that of the acts they distribute. And while one can imagine their heart is in the right place, AWAL can’t keep the lights on with amazing music that doesn’t sell.

It’s difficult to believe that they won’t skew towards more commercial acts who would be likely to make more revenue, and thus, make AWAL more money. On a related note, given that all of the decisions on who gets accepted or bumped up a tier or offered certain perks, etc, is all down to humans, personal taste has to play some factor.

It would be frustrating to tick all the right boxes as an artist, only to miss out on an AWAL Recordings deal because the team reviewing the music aren’t overly fond of the genre.

While not necessarily a negative, it should be reiterated that AWAL does not just take the music into account. Acts that are actively building their fanbases, making an effort with their promotion and marketing, and generally working at all of the aspects of the music industry outside of the music itself, will be far more likely to get chosen for bigger things.

Making good music alone will not be sufficient to succeed on this platform. 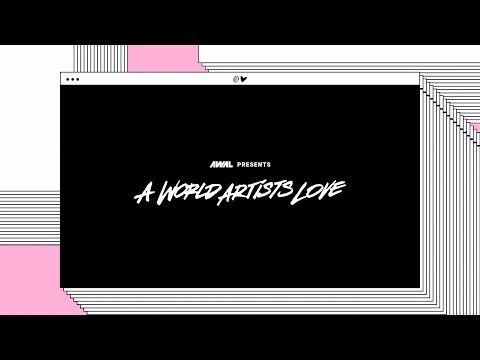 Who is AWAL For?

First and foremost, AWAL is for people who have the utmost confidence in their music. If an act does not think its own music is great, it’s unlikely that AWAL will. Secondly, AWAL is a platform for musicians for whom music is their life.

A multi-talented artist who wants to split their time between music, film, and writing may make some amazing music, but they will almost certainly lack the time to dedicate to all the promotion and touring that AWAL looks for in their acts. For musicians who were banging pots and pans when they were a toddler, and have dreamt of becoming a rock star ever since and are willing to put as much time and energy in as it takes, AWAL is perfect.

And, remember, AWAL is not a purely independent-level entry platform. Artists who have already established a fan base, toured, perhaps have some substantial success on streaming platforms, will also be accepted if their music passes an AWAL review, and their successes may instantly grant them a higher tier status.

So, to sum up. if you’re a hard-working talented musician for whom music is your main passion, and you’re willing to put all of your energy into your music career, AWAL may be the perfect platform for you. If you’re already somewhat established, AWAL may be the thing to take you to the next level.

If however, you are splitting your time between music and other things, or you’re at a point in your life where you simply cannot commit the necessary time and energy to really dedicate yourself to the craft, then it may be best to search out other distribution platforms. Alongside CD Baby and Distrokid, TuneCore is a major digital… You probably already know about SoundCloud, the site where even…

previousDitto Music Review: Legit Music Distribution Tool?
nextAmuse Review: What You Should Know Before Signing Up