What is the Difference Between a Single, an EP and an Album? Why does it even matter what the difference is between these types of recorded media?

No matter what you call them, they will still be the same product, regardless of what is contained in them.

The reason this designation matters in the first place is that retailers need a way to categorize products before putting them on sale.

Since each individual store will have its own way of grouping these products, it leads to a considerable amount of leeway in the definitions of each.

However, there are some general guidelines which can be applied, so you can make some sense of the kind of products that are being made available. 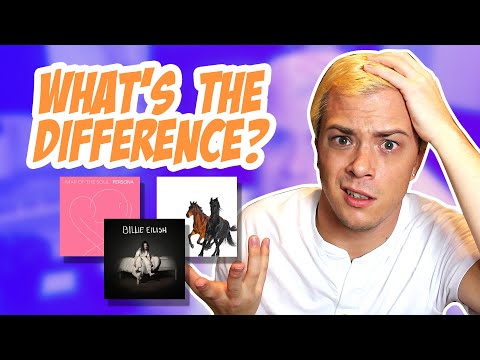 The differences between the three

In professional terms, a single is generally thought of as a group of one to three songs, each of which is less than 10 minutes in length.

An EP consists of three songs, at least one of which will be 10 minutes long or more and will have a total running time of less than 30 minutes.

An album will generally contain at least six songs and will have a total running time longer than 30 minutes.

These definitions are often used as a point of reference by music professionals when dealing with those individual products and should be considered rule-of-thumb definitions, rather than iron-clad descriptions.

Why the differences matter to an artist

The differences between these three media types can be extremely important to an artist who is just beginning a career in the music industry.

Singles are almost always the first attempt for a new artist, simply because they’re much easier to produce, and it makes more sense to produce one song at a time until you find your audience.

There are literally tons of ways you can get that first single issued and distributed, and then wait to find out what the world thinks of your effort. Since it always costs less to release a single song, you can do it more frequently without incurring high costs.

Focusing on one song will allow you to give it your all in terms of marketing and promotion, and each single release can become its own event.

If you are inclined to experiment with marketing strategies, it’s easier to do this with a single. Many budding artists issue a single in the hope it will begin a connection with their audience.

The downside aspect of releasing a single is that it probably won’t get the industry attention that an EP or LP would and will not be taken as seriously.

That’s partly because there are literally zillions of singles being distributed every day, and yours could easily get lost in the sauce.

You’ll have a lot more time to reveal things about yourself in a longer-playing medium, and it will give your followers more to like about your work.

Singles are fine to begin with, but when you’re ready to move to the next level, it’ll have to be through an EP or an LP. As a general rule, pop artists should primarily focus on releasing EP’s and LP’s because these extended play media are usually the bread and butter of a musician.

When working on either of these products, you should plan the release of singles from them which will help promote the longer work and increase sales of the EP or LP.

When you work it this way, it allows for excitement to build up for the forthcoming longer work and should result in an increase in sales.

It’s also a good idea to issue singles in between the longer works, because the longer efforts may keep you out of the public eye for a while, and the singles will remind everyone that you’re still in business, and still making music for them.

Where do playlists and mixtapes fit into the picture?

Both these formats evolved as a result of people wanting to compile their own collections of music to listen to, and they usually were not individual songs by the same artist.

Instead, playlists and mixtapes consist of a number of single songs gathered together on one medium, for the purpose of playing only their favorite songs, one after the other.

You might think this favors the production of single songs exclusively, since that’s what gets included on playlists.

However, this has not happened as yet in the industry, and it does not appear that it will happen anytime in the near future.

The reason for that is that most young artists coming up still think in terms of albums – recording contracts are mostly centered around producing a set number of albums to fulfill the terms of the contract. When artists tour, it is generally to promote the release of their most recent album, so the concept of having a collection of single songs all under one main theme is still a very viable concept in the music business.

However, mixtapes have found a niche as well with artists, because they provide a convenient way of releasing several songs at once, without them being fully polished as they might be on an album, with high production values.

Hip-hop music has done a great deal with the mixtape medium, and that influence has spread to the rest of the industry as well.

The future of Singles, EP’s and Albums

So where will all this lead in the future? Is the album dead? Will anyone buy EP’s?

First of all, the album is definitely not dead, especially since many up-and-coming artists still think in terms of releasing albums of their work – and they are encouraged to do so by record companies.

It’s much easier to promote an album or an EP than it is a single record, and that means it’s to the advantage of music executives to retain the album concept.

Still, it would probably not survive if it didn’t have considerable support from artists themselves, who view albums as a way of effectively revealing more about themselves and connecting with their audiences.

There’s no question that music listeners mostly prefer to create their own playlists these days, because there’s so much music and so little time to listen to it all, that you want to listen to all your favorite songs, and nothing else.

Oddly enough, some in the music industry see the advent of the playlist as the savior of the album, rather than a harbinger of its demise.

Many people listening to their playlist become aware of a specific song they like by a specific artist, and then seek out that artist’s most recent album to hear more of their work.

For the time being at least, you can expect that the single, the EP and the album will all be hanging around a bit longer, enjoying a (relatively) peaceful coexistence with playlists and mixtapes. previousHow Can I Get a Verified Spotify Artist Profile?
nextWhat to Do If Your Music Release is on the Wrong Artist Page