Distrokid vs Amuse: Which One is the Better? Technology moves at a fast pace. Less than a generation ago it was almost impossible to make it in the music business without a record deal, these days the more significant problem facing small, independent artists is which of the many distribution platforms available to you do you choose?

It’s a difficult decision to make, but it’s one we hope to make a little more straightforward with this comparison. Distrokid Vs Amuse; how do they compare?*

What Are Distrokid and Amuse?

These services often come with various features, such as analytics, submission to related services such as lyric websites, and more. Music distribution platforms allow independent musicians to have the kind of reach that they could only previously achieve with a major record deal and a significant marketing budget.

So, now that we know what they are let’s take a closer look at how Distrokid and Amuse compare.

Distrokid is a very popular platform that has been around for some time. They offer access to every major streaming and music store services available, as well as many smaller facilities. They charge a yearly subscription fee to use their service, but for that fee, you can release as many tracks as you like. There are exceptions to this, such as in the case of cover songs which have separate fees per-song attached. For your subscription fee, you will also get to keep 100% of your royalties, which can be automatically split between the rights holders at percentages you decide, though any other recipients of that money will also have to be Distrokid members with a paid subscription.

There are different tiers of subscription, with more features available if you opt for one of the higher levels. One such feature is the ability to release music under a custom label name, which makes it an excellent platform for aspiring record labels as well as musicians. You can also set it up to automatically earn revenue if your music gets played on YouTube, manage your artist pages in various stores such as Spotify and Apple Music, and get verified status on several platforms.

For a one-time fee, Distrokid will guarantee your music will stay in stores, even if you stop your subscription with them. It’s also worth noting that, while they do support specific release dates, this feature is not supported on the entry-level tier subscription. Amuse is a new player in the market, and is making waves with its mobile app-centric approach to music distribution. Unlike Distrokid, Amuse does not cost anything to use, which may sound a little too good to be true, but it is the case. Music can be uploaded directly from your phone (or other mobile devices) after setting up an account. It supports most major platforms and typically takes around three weeks to make it through the review process to be available in the various stores.

Amuse aim to do something interesting with the data they collect from all the artists using their platform. Amuse essentially bet the costs of providing free distribution against what they can do with that data, tracking trends and offering licensing deals rather than recording contracts. Amuse bills this as “the way labels should be,” and aim to create artist-friendly arrangements that give control of the music back to the artists at the end of the licensing agreements.

In terms of additional features, Amuse does not offer quite as comprehensive a set as many of its rivals. One of the most exciting features is their “Fast Forward” option. The app can analyse your streaming numbers and calculate future royalties which you can then borrow against, like an advance. You can then use this money to promote your music.

So which service is better? The answer may vary depending on specific circumstances, but we can compare the services like for like to make it as clear as possible.

Looking at it from a pure cost point of view as opposed to value for money, it’s hard to beat free. Distrokid has some of the lowest prices in the industry for what they offer, but Amuse doesn’t have any prices at all and still lets you keep all of your royalties. This is not to say that Distrokid isn’t worth the price, but if you are looking at the cost, Amuse’s zero beats Distrokid’s industry-low fees.

As Distrokid’s higher-tier features do get a mention in this article, it’s worth noting that Amuse does have a paid option. For $5 per month, you can make use of Amuse Pro, which grants you automatic royalty splits, multiple artist profiles, YouTube content ID, and more. However, the list of features is only comparable to Distrokid’s base tier, which costs $19.99 per year. You’d be paying more for Amuse Pro than for Distrokid’s base “Musician” package. So Amuse only wins this battle if you’re comparing their free service.

Both Distrokid and Amuse pay you 100% of your earnings. Distrokid makes its money through subscriptions, while Amuse makes money through data manipulation and Amuse Pro. After that, everything earned goes straight to the artist. Both platforms can payout to PayPal quickly, though the time it takes for money to arrive in your Distrokid or Amuse account can take months. That is down to the individual stores, however, not the distribution platforms. So in this area, it’s a dead heat.

Neither platform claims any rights on your music. No matter what version of their service you use, no matter how much music you release, you retain 100% of the rights to that music. You can take your music down at any time and move to another service if you like. Amuse has a record label to offer deals to promising artists, but even that is based on licensing agreements rather than rights ownership. And, of course, you would not be obligated to take any agreement Amuse might offer you. So on the subject of ownership rights, it’s another draw.

Distrokid can put your music in over 150 stores, including all of the most prominent players like Spotify, Apple Music, Amazon Music, Pandora, and more. Amuse’s reach is somewhat more limited. If you just need your music to be available in the biggest stores, either platform can do the job. If you want your music to have the broadest possible reach, Distrokid is the clear winner. 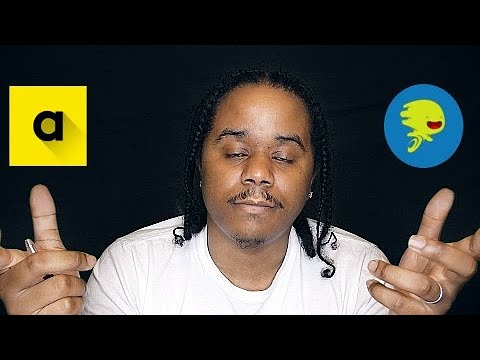 We’ve mentioned Amuse’s intriguing Fast Forward feature. Unfortunately, that’s almost where it ends for Amuse. They have the advantage of being primarily app-based, which brings with it a degree of convenience that you don’t get from other platforms. However, Distrokid can get you verified artist pages on stores like Spotify and Apple Music. Another thing Distrokid provides is the option to get your lyrics published to various places. If you’re willing to pay the higher subscription prices, Distrokid will allow you to handle more than one artist and release music under your label name.

It’s not all one-sided in Distrokid’s favour of course. Amuse can use their intelligent data analysis to offer up-and-coming artists licensing deals. Distrokid, on the other hand, doesn’t have any kind of recording deal system for pushing artists, though you can easily take your music off of the platform if you do get such an offer from somewhere else.

It’s worth noting that the stores primarily determine the release times. Spotify, for example, requires a song to be sent over at least seven days before release, and neither Distrokid or Amuse can get around that. Distrokid will typically have your song live and streaming by the end of those seven days, whereas Amuse requires three weeks. Amuse Pro offers “Fast Lane” releases, but as mentioned above, you would be paying more for Amuse Pro than for Distrokid, and you almost certainly wouldn’t get your song in-store any quicker.

In the battle of Distrokid Vs Amuse, who comes out on top? Amuse is an excellent platform with strong potential for the future. It’s completely free to use, which is a unique feature in this industry and is doing exciting things with the data it collects. However, it’s hard to give Amuse the nod over Distrokid. Distrokid simply offers so much more than Amuse in terms of features, reach, and more.

While it’s true that Distrokid’s base tier costs more to use than Amuse’s free offering, you will have to upgrade to Amuse Pro to get even close to the level of features Distrokid offers. Even then, Amuse still falls short in the features department while now costing more. So, while Amuse is an exciting platform with a lot of great features, it’s hard to recommend it over Distrokid at this time. When it comes to independent artists getting their music on…

For many new and existing artists, producers, and content creators,…

2 thoughts on “Distrokid vs Amuse: Which One is the Better?”