How to Distribute Your Music Totally for Free? (Must Know) Did you know that music recorded on physical media is actually on the verge of extinction?

Unbelievable as it sounds, it’s true. In order to get your music heard these days, you have to upload it to one of the major streaming platforms.

If you’re a new artist, ideally, you’d like to get the maximum distribution for your music, for the minimum fee – even free, if that’s possible.

It certainly is possible, if you hunt around a little bit to find the right music distributor.

Artists are not allowed to publish music on their own, so all artists must have a music distributor to work with and get your music before the public.

This article will explain how you can get your music distributed for free, so you don’t have to pay just to get your work heard by a number of people. 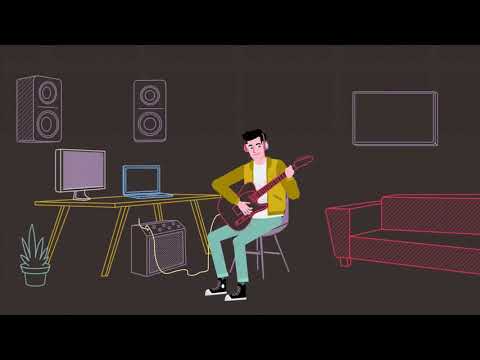 The whole key to getting your music distributed for free is to find the right distributor.

Many distributors ask for a flat fee consisting of X number of dollars per album, or some percentage of the album’s annual earnings.

All that really buys you though is to get your album online and exposed to a broad audience. It doesn’t do anything at all in the way of helping your music to be heard by more people.

There are distributors in the business who only ask for a minimal amount like 5 or 10 dollars, and you would be allowed to retain all rights and all royalties.

So, by uploading your music to a distributor like this, it really costs you almost nothing, and you don’t sacrifice any of your artist’s rights.

Who are Some of the Major Players?

Nowadays, music has to be available online, or it just won’t get listened to.

That’s why music platforms are springing up all the time to challenge the established major players like iHeartRadio, Spotify, Apple Music, Deezer, and Tidal.

In addition to these giants, there are also a number of online stores where you can download music you like, for instance Amazon and iTunes.

However, most new artists simply don’t have the resources to hook up with the big names in the business, so more conservative measures have to be adopted.

Getting your music distributed for free is a big priority for the starving artists who are just breaking into the business and want to have their music heard.

While some music distributors charge no upfront fees but ask for a small fee, there are still a few that will work with you for absolutely no charge.

Here are some of the distributors that charge very little or nothing at all: The History of Music Distribution During the 1970s, music was mostly distributed on cassette tape, because it could hold lots of information, and it had good sound quality.

Only 10 years later though, CDs were the rage, because they had even better sound quality, they held more data, and they could be ‘burned’ or recorded with favorite music.

After that, Napster and other peer-to-peer sharing networks allowed (illegal) downloads of music, and this nearly dealt a death blow to record companies.

When Apple came up with iPods in the early 2000s, their iTunes solution became extremely popular, and helped prevent the total collapse of the music industry.

And that leads us to today, when the majority of listeners prefer to stream their music, and that has also become the de facto method of music distribution.

There are some platforms already which are not affiliated with any kind of music distributors, for instance Bandcamp, Audius, and Soundcloud, as well as some social media platforms (YouTube, TikTok, Instagram).

Bandcamp is an audio distributor founded in 2007 and has a very solid foothold in the music distribution business, and in 2020, it launched a live-streaming service for artists.

This is the kind of innovative service that is likely to gain in popularity in the near future and have a big impact on the industry.

Audius allows artists to create time-stamped records for their creations via the blockchain and has gained a reputation for being a streaming platform that returns all creative power to the artists themselves.

Soundcloud allows users to upload, share, and promote their creations, and it permits users to listen in on these productions via streaming audio. The common thread among these non-affiliated platforms is that they return creative power back to the original artists, so that they can be the ones who benefit the most from those creations.

The history of music distribution has tended to be in the opposite direction, i.e. favoring exploitive entities like record labels.

So it seems that the future of music distribution is finally headed in the right direction, and will reward the artist who creates the music. previousHow Do I Find My Artist ID & URL in iTunes and Apple Music?
nextHow to Distribute Music as a Record Label?