Reverbnation Review: Still a Valid Option to Share Your Music?

Music distribution platforms have revolutionised the independent music scene. Not only have they provided access to the kind audience reach that was previously reserved for artists with a record deal, but they have also ushered in a new model whereby the artist owns their music.

In this article, we’re going to look at one such platform. Read on for a Reverbnation review.

Reverbnation is a music distribution platform that is open to all artists, though their stable skews towards bands. For various fees, artists can release music through the Reverbnation platform, get access to a range of marketing tools, and see analytical data on their audience. Reverbnation offers the ability to publish music to major music outlets, such as Spotify, Apple Music, Tidal, and more.

The Reverbnation website also provides some social media-esque functionality. It allows people to follow artists they like and keep notified of new releases, as well as buy music through the site. Depending on the plan, Reverbnation can also provide industry opportunities, ad-free profile, websites with custom domain names, and more.

So let’s take an in-depth look at what Reverbnation offers.

The Key Features of Reverbnation

The main feature, the feature that is front and centre to all music distribution platforms, is the ability to get your music onto the major music streaming and selling services. Services like Apple Music, Spotify, Deezer, Tidal, Google Play, and more. Much of what they offer is dependent on what you’re willing to pay, but we’ll break down the prices and plans below.

Beyond that, you can have your music released on some or of all the major streaming and music sale platforms. All plans include the ability to have your music embedded in other places, increasing the potential reach of your songs.

You can set your prices for song and album sales. Revenue from streaming other services such as Spotify is determined by them, of course.

You will even get an artist profile page to showcase your music and give you a point of contact to direct fans to when they want to hear more. Depending on the plan you choose, this profile may have ads.

There is no limit to the number of songs you can sell through Reverbnation, though you do have to pay if you want to release them to digital distribution through streaming services. You will also be required to upgrade from the free tier if you want to upload large songs.

One of Reverbnation’s more prominent selling points over alternative music distribution services is the range of marketing tools they make available to their artists. Now, once again, the exact tools you have access to will be determined by your plan, but these tools include email lists, and the ability to sink your Twitter and Facebook accounts with your artist profile.

For the basic tier and up, the option to create an electronic press kit is available, giving artists something they can share with promoters and booking agents. Artists on the highest tier can also get their website with custom domain thrown into the bargain.

For users on the more expensive tiers, some of these features are enhanced. For example, artists on the free tier have ads on their artist profile page, but artists on the paid plans do not. Paying more can also get you a more extensive mailing list, and the top-billed plan grants you the ability to embed your music on other sites without the Reverbnation branding.

The real reason that independent artists look to services like Reverbnation is the power it grants them to get their music on the major streaming platforms and music stores. Reverbnation charges per year per release to perform this service, though you can release your music on their site for free.

The highest tier plan includes two releases a year, and then below that there is an album package, a single package, the Select Package, which offers lower prices per single and album, but at the cost of more limited tools and features. One example of such a limitation is that you are forced to choose the six retailed you want your music released to. All digital distribution plans include reporting your sales to SoundScan.

What to Expect from Reverbnation

Reverbnation has been around for a long time, relatively, and has had time to acquire a less than a favorable reputation that is more to do with the quality of artist that chooses to use the platform than it does with the service offered.

The free tier plan offered by Reverbnation doesn’t come with many of the more attractive features that the platform boasts. But it is free, and that carries with it specific implications about quality. When it doesn’t cost anything to get in, more people will try, and the overall quality of the music will drop.

Whether or not this is a problem will depend largely on who your intended audience is. Reverbnation is known in the industry, and some influential people may dismiss artists when they see they are using the platform. On the other hand, if you’re only interested in getting your music out there, nobody listening to your track on Spotify will care that your song was released through Reverbnation.

How to Upload Your Music Using Reverbnation

Once you have signed up for an account you simply login and head to the “Content” section. From there you can select “Songs”. After that, it’s as simple as clicking “Add a New Song” and following the instructions. Songs must be in MP3 format and under 8mb in size, though you can upload songs up to 100mb on the paid tier plans.

So, about those plans. There are three plans available with Reverbnation;

For the free tier, you get a profile page, access to basic marketing tools such as email lists and their Gig Finder tool, and the ability to sell your music on Reverbnation. And that’s about it.

The Basic plan includes all of what you get on the free plan but with added marketing tools, an increased file size limit on your tracks, and various industry opportunities, such as submitting your press kit to music licensing firms and festivals.

The Select Package, as has been noted, is missing a lot of features compared to the more expensive options. Still, it provides a more competitive opportunity for independent artists to get their music into bigger stores.

It is straightforward to release music through this platform. In as little as a few clicks, your track can be available on the Reverbnation site for others to hear.

There are plenty of tools to help you succeed as an artist, including analytics to keep track of your audience, and their Gig Finder tool for finding new venues to play. Integration with various social media platforms is also a significant plus.

Quite possibly the biggest plus for Reverbnation is the fact that they offer a completely free tier in which the artist gets 100% of the commission on sales.

The reputation for poor quality that Reverbnation has picked up over the years is unfortunately coupled with the fact that any music released through their platform is branded as Reverbnation. As mentioned above, it may not be an issue for many, but it’s something to think about before choosing them, especially if you’re hoping to be noticed by a big label somewhere down the line.

Another negative is the fact that Reverbnation only accepts MP3s. High-quality audio is more in demand than it’s ever been, and not being able to provide top quality lossless files may be a deal-breaker for many. On a similar note, the ads that appear on Free tier profile pages makes the artist look less professional, which no one wants. 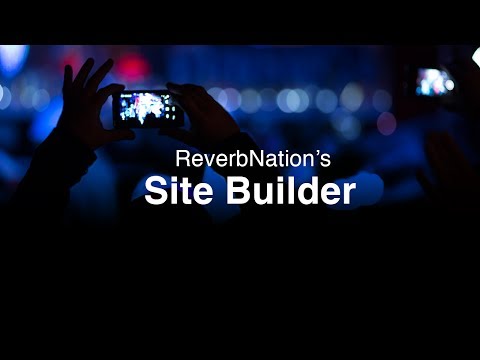 Who is Reverbnation For?

Reverbnation best caters to extremes. If you are a small independent artist with little-to-no capital to fund your career, Reverbnation provides you with a free way to get your music out there, and perhaps profit from it. If you have the month to put behind your music, Reverbnation offers a wealth of tools to help get your act to the next level. Amuse Review: What You Should Know Before Signing Up

Today, perhaps the biggest barrier for those who want to…

Read More »Amuse Review: What You Should Know Before Signing Up EmuBands Review: Read This Before Signing Up

Are you a singer, a rapper, or a manager? Writing…

Read More »EmuBands Review: Read This Before Signing Up

Fresh Tunes Review: Should You Avoid It?

Music distribution in this day and age is a very…

Read More »Fresh Tunes Review: Should You Avoid It?