What Is Streaming Fraud and How To Not Get Caught? There is no doubt that digital streaming services are becoming increasingly popular with people around the globe.

Over the past few decades, music or video streaming has become one of the most popular ways for people to listen to songs, and watch TV shows, movies, sports, and other online content.

It’s also become a great source of income for many.

The popularity of digital streaming has led to an increase in streaming fraud, which is most common in the music industry.

What is Streaming Fraud? Streaming fraud is an act of increasing play counts on your music tracks uploaded on streaming services. However, the play counts are not organic.

They are usually an end product of some malicious software created by a third party that helps you boost the revenue and popularity of your music.

The automatic bots are “listening” to the songs to earn more money by increasing the play count. However, there’s loads of press coverage regarding this issue as it’s been largely affecting the artist community for quite a long time.

As stat-driven digital norms have their benefits of encouraging a higher revenue, they also have a nefarious side to them.

If the streaming services suspect that your account has faulty play counts, they could take your account down and withhold your paychecks.

How Can You End Up Being Part of Streaming Fraud?

Usually, third parties pretending to be legitimate firms approach artists as independent freelancers who can help these artists’ music become popular and read to as many people across the globe as possible.

That is one of the reasons why many artists unintentionally become a victim of fraudulent streaming without having a clue that they are participating in fraud.

These independent firms and third parties approach you through any online marketplace, and they may already be in contact with one.

It’s very hard to tell whether the firm is legitimate or not because they are professionals in posing as a legit source to help you earn more revenue and get the most out of your track upload.

If you’re trying to decipher the difference, please keep the old saying in mind, “if it seems too good to be true, it probably is.” Why Should You Never Rely On Fake Streams?

Fake streams may be the most obvious things to notice for some music streaming apps, and it doesn’t take a detective to notice the difference between organic and fake streams.

Many music streaming websites are on the lookout for such fraudulent streaming to prevent their websites from acquiring an atrocious reputation.

Even though the third parties claim to find you the best placement for your songs and playlist and help you earn organic streams throughout the day, there will be artificial bots streaming your music.

If the streaming service where you upload your music finds a red flag in your account, they can take down your whole account and cease your income.

Many artists get caught in such schemes without actually being a part of them due to fraudulent streaming being a mainstream issue for major streaming sites.

Many streaming platforms such as Spotify have strict rules and regulations in their terms and services that any use of artificial bots or means to increase the play count is strictly prohibited and may result in banning you from ever uploading your playlist or track on the site again.

Economic rationality in every kind of system allows a certain amount of fraud to exist in the system; the same is true with music streaming apps. Because the cost of verifying each transaction or system flaw would be barbaric.

However, if the stream count looks abnormally high for an account, the streaming sites can calculate the popularity charts and review the statistics to discover any red flags.

The streaming apps or sites can often be faulty and shut down the wrong account despite their organic popularity.

Many streamers list strict rules in their app’s terms and services that any third party associated with the artists’ records and perpetrating streaming manipulation for them will ultimately result in the artist getting held liable for the act.

Hence, there’s no easy way out of this if you haven’t got a clue that you’re affiliated with it.

Streaming apps also show specific locations where the artist’s songs or playlists are being streamed; hence it becomes easier to catch any streaming manipulation for those sites.

Can You Get Caught In A Streaming Fraud?

Being 100% certain that an artist is affiliated with any form of streaming manipulation is very difficult for music streamers, but most streaming apps can locate where and who is streaming music from a particular artist.

If they see a red flag, they can immediately shut down your account and withhold all the unpaid income.

How Will I Know If What I’m Doing Is Considered A Streaming Fraud?

Since the third-party marketers seem so legitimate, many artists may not be able to tell if they’re a part of a streaming manipulation.

Many find out when their accounts are banned or receive a notification from the music streaming site/app.

Is It Fine If I Only Get A Couple Hundred Of Extra Streams?

Fraudulent streaming can end your music career by earning you a faulty distributor reputation. It can also prevent you from gaining access to your account and make it difficult for you to develop other accounts on different streamers.

How? You ask? Because we live in a digital era, and in the world of social media, the word gets around faster than the speed of light.

Should I Stop Pitching My Music To Playlists? Streaming manipulation is a headache for sure, but don’t let it stop you from pitching your music to playlist curators. Many playlist curators on official sites have many followers who listen to everything they upload.

So you should be careful but not completely fend off the idea of pitching your tracks to curators.

Streaming Fraud Beyond Its Artist-Centric View

While streaming fraud may feel like something of common knowledge, it might need a more uniform definition for your understanding than you think.

What we mostly do when addressing streaming manipulation is trivialize potential enterprises by making whatever fraud they’re committing as innocent.

Streaming fraud isn’t a matter of when you realize that you accidentally bought a couple of play counts. It’s typically a more deliberate act.

Nefarious companies deliberately leverage bots and manipulate the platform’s online features to alter the perception of their success. 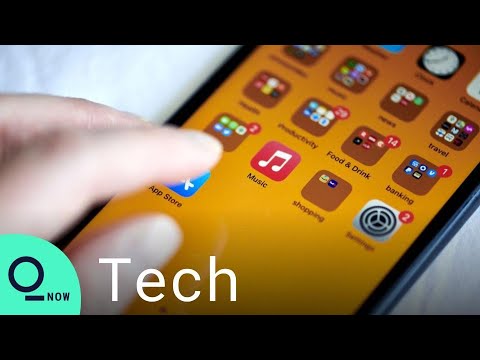 The Consequences Of Getting Caught While Committing Streaming Fraud

There are multiple consequences of deliberately committing streaming fraud. That is why many artists, when asked about it, say that even though they could invest in such acts, they prefer their love of music over it.

Fraudulent streaming earns you a bad reputation. The parent streaming app or site can withhold all the revenue generated as a result of your artificial streams.

The malicious third-party marketers can steal all your income with their foul promises.

There are also legal penalties and fines for streaming fraud. In conclusion, you can end up losing more than you gain. previousWhat Is iTunes Match and Do You Need It?
nextCan I Change My Spotify Artist Name Once my Music is Released?