The world of music is changing rapidly as both our technology and tastes evolve. The digital world is making it easier for independent artists to self-promote their work, and many upcoming musicians are becoming increasingly interested in the idea of producing and selling music without the help of a record label.

Record labels take a large percentage of the money that an artist’s music makes, and as such, a lot of upcoming artists today find the idea of online music distribution sites far more appealing. As our world continues to expand digitally, many online music distribution services are being built which allow artists to produce music on their own terms.

Table of Contents show
What is TuneCore?
What is Ditto Music?
Similarities
Differences
The Verdict Founded in 2005, TuneCore is a Brooklyn-based website designed for artists looking to independently distribute their music, and is the largest music distribution site in the world. It currently has offices all throughout the United States, as well as in Europe. TuneCore users are given access to over 150 music streaming stores, such as iTunes, Spotify, and Apple Music. TuneCore’s services have been used by hundreds of thousands of people worldwide, including artists such as Drake, Jay-Z, and Nine Inch Nails. Furthemore, it is estimated that around 10% of all the music available on iTunes today has been distributed through TuneCore.

Here’s how it works: TuneCore users can upload their albums, singles, or even ringtones onto the site, which is intuitive and user-friendly. From there, the user’s music is distributed to the many different music stores available through TuneCore, so that people around the world can purchase their music. Whatever money is made through TuneCore can then be immediately withdrawn through a variety of payout methods.

Artists who upload music onto TuneCore are also given access to an online feature that allows them to track their sales on a variety of music stores, and iTunes sales are updated daily. Furthermore, TuneCore provides users with in-depth statistics about their music sales so that they can learn how to become even more profitable.

Check the Plans of Tunecore (25% OFF for Our Readers)

What is Ditto Music?

Ditto Music is a music distribution site based in Liverpool. Like TuneCore, it was also founded in 2005. Ditto Music users pay a yearly subscription fee to distribute their music to 160 different music stores worldwide. In both 2017 and 2018, Ditto Music was nominated by the Music Week Awards for Best Label/Artist Services Company. Its services have been used by nearly a hundred thousand artists, including Ed Sheeran and The Backstreet Boys.

Just like TuneCore, the music uploaded by a Ditto Music user is then distributed throughout the available music stores, and those sales go directly back to the artist. Ditto Music users can also track their music sales through hourly Spotify and iTunes updates.

While TuneCore and Ditto Music have a lot of differences, let’s first discuss some of the ways in which they are similar.

While record labels do have many advantages, many artists today are discouraged by the fact that they will only earn about 10-15% of the total profits. The biggest and most important similarity between TuneCore and Ditto Music is that the users are given 100% of the profit from their music; neither site takes a commission from any profits that the artist earns. While there are many sites that require a minimum balance before withdrawal, this is not the case for TuneCore or Ditto; users can withdraw any profits earned from either site at any time.

Another exciting feature available through both TuneCore and Ditto Music is their exclusive, fast access to iTunes. Both sites have strong partnerships with iTunes, and these partnerships allow users to release their music into the store in as few as 24 hours. Without access to this pre-release feature, publishing music to iTunes is a process that could take as long as three weeks. This makes both sites extremely appealing to many artists, especially to musicians who are just launching their careers and want to get their work out into the world as quickly as possible.

Furthermore, TuneCore and Ditto Music both allow their users to distribute music to YouTube. Although both sites take a percentage of money earned from monetized YouTube videos, this is still an excellent way for both experienced and novice musicians alike to gain recognition quickly.

Both sites also offer a variety of extra features, such as distribution through social media influencers. However, these features are usually aimed towards more experienced artists. The pricing is typically steep, and likely not feasible for many artists who are only just beginning to distribute their work. For artists who are making a lot of money off their music, however, these extra features are well worth the money spent, and can help increase profits in the long run. 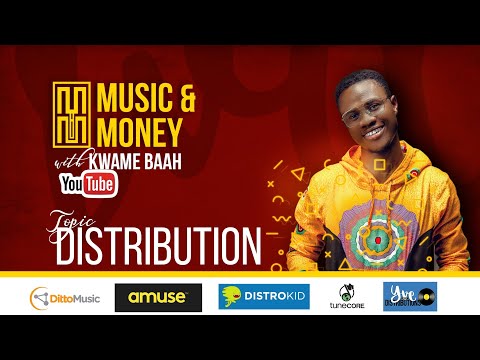 While the main idea behind both TuneCore and Ditto Music is very similar, the execution of both platforms is still quite different.

One key difference between TuneCore and Ditto Music is the pricing. Ditto Music has a subscription fee starting at $19 per year for one artist, with increasing prices for multiple artists. TuneCore, however, charges a yearly subscription based on what kind of music the artist is producing. If a TuneCore user produces an album, the first year costs $29.99, whereas a single costs $9.99 per year. This difference in pricing allows TuneCore users to customize their payment based on their individual needs, making it a more versatile pricing platform.

Another difference is the method of payment that users have access to. TuneCore provides a larger variety of payout methods, including the increasingly popular PayPal- a service that cannot be used through Ditto Music.

Sometimes, music stores try to profit off of an artist’s work without actually paying the artist what they are owed. The purpose of a publishing administration is to keep close tabs on an artist’s music to ensure that no other company is taking advantage of their work. TuneCore’s publishing administration registers an artists’ music and ensures that the artist gets paid full royalties each and every time one of their songs is paid.

Although TuneCore’s publishing administration services do take 15% of the royalties, the feature itself helps artists to make more money in the long run, and it also ensures that no other music store is taking advantage of upcoming artists’ work. Furthermore, a person who uses this publishing administration feature will still earn 85% of the money, which is far greater than the amount that would be earned through a record label. The purpose of both TuneCore and Ditto Music is to provide an online music distribution service for all kinds of artists. However, despite the many similarities between the two, there are also many marked differences.

Ditto Music does have a few more available music stores, including VEVO and some stores that focus on beats and EDM. The yearly subscription fee for single artists is also slightly lower than that of TuneCore. However, the long-term benefits of TuneCore are undeniable.

TuneCore users are given access to nearly all of the same music stores as Ditto Music, along with the added benefit of a publishing administration. If you were to use Ditto Music, you would run the risk of other music avenues making profit off of your music without paying you the full amount that you are owed (Youtube, TV, radio, sync, foreign markets and more) which makes TuneCore a much stronger choice.

Alongside the benefit of a publishing administration, the other main advantages TuneCore are as follows:

Check the Plans of Tunecore (25% OFF for Our Readers) When it comes to independent artists getting their music on…

For many new and existing artists, producers, and content creators,…

3 thoughts on “TuneCore vs Ditto Music: An Obvious Choice?”

previousTuneCore vs CD Baby: The Truth About These 2 Distributors
nextReverbnation Review: Still a Valid Option to Share Your Music?