What Is a CAE/IPI Number & How Do I Get One for Music? If you are an aspiring music artist, you’ve likely learned that the industry is full of acronyms – and they can be difficult to keep up with.

The first time I started looking into it, I started my own personal dictionary of the many different terms to keep by my side as I did further research.

Among the many other strings of letters to decipher, you’ve got CAE and IPI numbers.

Let’s see if we can clear this part up for you. 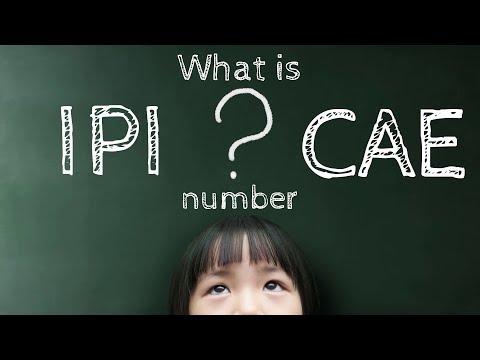 Table of Contents show
Short Answer
What Exactly Is a CAE or IPI Number?
So, What’s a PRO?
Do I Have to Register With a PRO?
Which PROs Are the Best?
Is the CAE or IPI Number My PRO Member ID?
What If I Perform Under Different Names?
What If I Switch Performance Rights Organizations?

CAE or IPI numbers are identifying numbers assigned to a musician by a PRO. It is through this number that the PRO tracks and distributes any royalties for public performances of your music.

What Exactly Is a CAE or IPI Number?

We’re going to start by clearing up one potentially confusing aspect here. A CAE and an IPI number are actually the same thing.

In any event, they are utilized the same way and the terms are used interchangeably.

On some platforms, they’ll ask for the IPI number while others will request the CAE. They are the same number, though.

Your CAE or IPI number is a unique nine to 11 digit identifier for each individual songwriter, composer, or music publisher.

A CAE/IPI number doesn’t quite give out so much personal information.

Instead, it’s connected to all of your music, ensuring that your PRO can track any time your song is played publicly or commercially. We’re not talking about the word professional, here. A PRO is a Performance Rights Organization.

When you register with one, they track when, where, and how often your music is being played to make sure you get paid for it.

At some point, you’ve been to a skating rink, a bar, or another location and heard music being played.

What you might not have realized is that those locations don’t get to play that music for free – legally, anyway. Instead, they have to pay fees.

Part of those fees belong to the artist, but how does the artist get those fees? There is not an individual agent sent out to every single place to listen to whose music is being played.

And even if there was, one single person could not be expected to accurately recognize every single song that’s played and what artist it comes from.

This is where the CAE or IPI number comes into play. Those locations pay their fees to play the music.

The CAE or IPI number attached to the artist dings – kind of like a bar code in the store. The PRO collects that data and splits the fees among the artists whose music is being played.

Do I Have to Register With a PRO? Technically, no, you don’t have to register with a PRO. You can put out as much music as you’d like without one.

And though most music distributors recommend registering with a Performance Rights Organization, they typically don’t require it.

The question is: Why wouldn’t you? You want to get paid, right?

Imagine going to your niece’s birthday party at the skating rink and hearing your song over the speakers.

Even better, imagine hearing it in an advertisement or your on favorite TV show.

Of course, getting your music out there is awesome enough – but getting paid for it is even better.

Your PRO is one who assigns you the CAE or IPI number that tracks your plays. Therefore, unless you really just want to make music for free, registering with one is a wise step.

Which PROs Are the Best?

There are several to choose from in America, but there are three that tend to be recommended over the others. These include:

Each of these seem to be well oiled machines when it comes to issuing licenses to locations, tracking the use of tracks, and distributing the royalties to artists.

Is the CAE or IPI Number My PRO Member ID?

No, not at all. When you register with your PRO, you’ll be given a member ID. This is specifically for your account access.

You’ll need it for talking with the support team, managing your account, and similar things. This number should always stay confidential.

Giving it out to anyone could give them access to personal things they have no business accessing.

Your CAE or IPI number will be given to you by the PRO after you’ve registered. It can sometimes take around a week.

This number is used in direct correlation to your music and how often it’s played. You don’t have to protect this number, as you’ll often need it for various tasks and goals.

For instance, if you ever collaborate with someone, you’ll need to share that number.

What If I Perform Under Different Names?

Some people have several musical personas, so it’s not uncommon to ask such a question.

Each name that you release music under will need its own CAE or IPI number. Otherwise, there will be no way for your PRO to track all of your music.

The good news is that you don’t need a different membership account for each name. It doesn’t matter if you release music under 10 different pseudonyms.

You’ll get a separate IPI/CAE number for each, but they can all be managed in the same membership.

What If I Switch Performance Rights Organizations? It can be intimidating to sign up with different organizations as a musician.

Sometimes, you dive in headfirst with one, not realizing that a lot of stuff that comes with them is specific to that organization. If you decide to move on, you basically have to start over.

The good news is that you can take your CAE or IPI number with you wherever you go. None of the PROs own those numbers. They are directly connected to you.

Let’s say you start with one PRO and find you’re unhappy with something about them. You start looking into others and decide you want to switch.

That’s no problem – you can take your number with you to the new one. No matter how often you change PROs, that number – or numbers – can travel with you.

Hopefully, you’ll find one that you are happy with and you can stick with them. If it takes a while – and a lot of trial and error – though, you don’t have to worry. previousHow to Contact Tunecore’s Customer Service? (Phone, Email, Chat)
nextWhat Is an ISRC Code & How Do I Get One for Music?