What Is an ISRC Code & How Do I Get One for Music? How many times have you downloaded a song off the internet, only to find that it was labeled with a random string of numbers and letters?

If you’re like most people, you’ve probably shrugged it off and moved on with your day. But what if we told you that those numbers actually mean something?

This post will explain everything you need to know about ISRC codes, how to get your own, and why they matter.

So, whether you’re a musician looking to get your music out there or just a music lover who wants to learn more about the industry, keep reading! 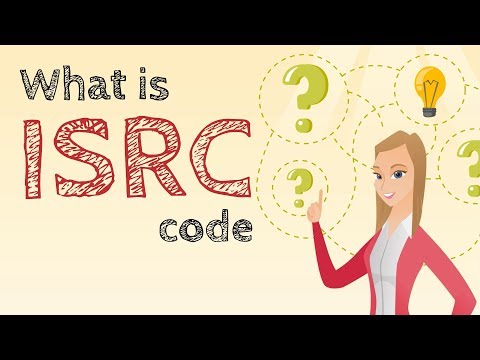 Table of Contents show
What Is an ISRC Code?
The ISRC Is Made up of 4 Components
1. The Country Code
2. The Registrar
3. The Year of Allocation
4. The Designation
How Do I Get an ISRC Code?
Why Do ISRC Codes Matter?
Benefits of an ISRC Code
What Else Is Covered by ISRC?

What Is an ISRC Code?

ISRC stands for International Standard Recording Code. It’s a unique identifier for a specific recording of a song. In other words, each time a song is recorded, it gets its own ISRC code.

This also includes covers and remixes – so if two different artists record a remix of the same song, they’ll both have their own ISRC codes.

The ISRC Is Made up of 4 Components

ISRC codes are made up of 12 characters, divided into four parts. These include:

The first part is the country code. This is always two letters and corresponds with the country where the ISRC was issued.

For example, if the code was issued in the U.S.A., you’ll likely see the number starting with the letters “US” and then the rest of the numbers.

However, remember that the code remains the same even when musicians sell their recordings or licenses in other countries.

The second part is the registrant code. These are usually three letters or numbers identifying the organization that registered the recording, primarily your country’s national ISRC Agency.

These two components combine to operate as a distinctive prefix: (US-_ _ _) which helps assign the ISRC to a specific recording.

However, it’s essential to note that the pattern of the allocated alphanumeric characters isn’t significant.

However, it varies sibilantly from codes assigned to other registrants. The three letter codes are allocated in sequence and can’t be altered after allocation.

3.   The Year of Allocation This is a two-character code that represents the year the code was created. However, this doesn’t take into account when the registrant code allocation happened or when you recorded the song.

The last part is the designator, which is made up of five characters. This final part is used to make the code as unique as possible using only numeric digits.

Most registrants are quite careful not to issue the same designation code for two recordings or issue two different codes for the same song.

By putting all these numbers and letters together, an ISRC code might look something like this: US-123-22-56789.

Additionally, each ISRC code is unique – no two recordings can have the same code. That’s what makes them so useful!

How Do I Get an ISRC Code?

Now that you know what ISRC codes are and why they’re important, you’re probably wondering how to get your own.

There are two ways, and the process is pretty simple: You can apply through your national ISRC agency or contact the International Federation of the Phonographic Industry (IFPI). These two agencies allocate ICR codes to right holders, maintain the ISRC system, and promote usage. Send an email or call your country’s national agency to apply, and they will give you the exact steps to take.

Keep in mind that there is always a national ISRC agency for almost all countries.

But if your country doesn’t have an ISRC agency, you can reach out to the IFPI directly.

The IFPI is headquartered in the U.K. and is responsible for representing the interests and protecting the rights of the global recording industry.

Once you have your code, you can start registering your recordings!

You’ll need to provide information like the title of the recording, the name of the artist, the release date, and so on. And that’s it! It’s not as complicated as it might seem at first.

Why Do ISRC Codes Matter?

ISRC codes might not seem like much, but they play a major role in the music industry. For one, they help identify recordings for royalty purposes.

Whenever a song is played on the radio, streamed online, or used in a TV show or movie, the artist who recorded it is owed royalties. But without an ISRC code, it would be nearly impossible to keep track of all these uses and ensure that the correct royalties are paid.

That’s why every recording needs an ISRC code – so that the artist can be adequately compensated for their work.

Additionally, ISRC codes are essential for marketing and promotion. They help you track where your music is being played and how popular it is.

This information can then be used to book shows, plan tours, and even create targeted marketing campaigns.

In short, ISRC codes are a vital part of the music industry. They help to ensure that artists are paid fairly for their work and that recordings are properly identified and promoted.

So if you’re serious about making it in the music business, be sure to get your own ISRC code!

Benefits of an ISRC Code

If you’re a musician, then you know how important it is to have your music properly registered and copyrighted.

One way to do this is to get an ISRC code for your music. Below are six benefits of getting an ISRC code:

What Else Is Covered by ISRC? Aside from music, almost all other types of audio content require an ISRC code.

Generally speaking, anything that is an audio-based product should have an ISRC code. These include audiobooks, music videos, and even podcasts.

Audiobooks require an ISRC code for every chapter, especially if you’ve divided the book into chapters and recorded them separately. Additionally, each podcast episode needs an individual ISRC.